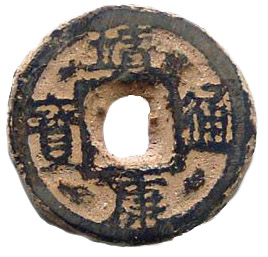 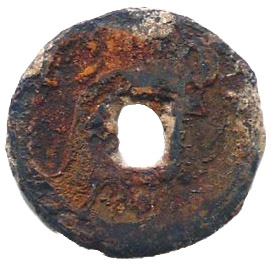 . 22 mm.
The Emperor Qin Zong came to the throne in 1126 at age 27 after his father abdicated. The Jin army invaded China and took the North in 1127. They also captured the Song capital Kaifeng and took both emperors as hostages. This became one of the most shameful episodes for the Chinese in their entire history.

This is an image of a genuine coin in bad condition that has been filed an given new patina, see fakes page.