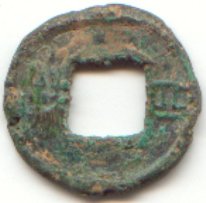 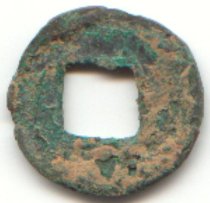 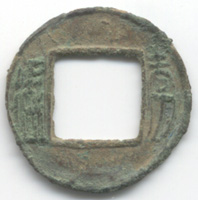 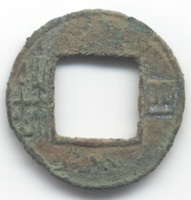 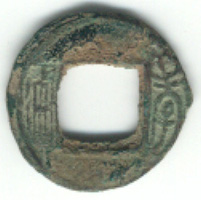 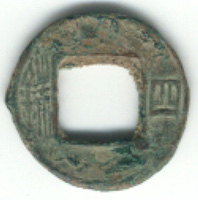 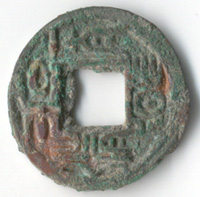 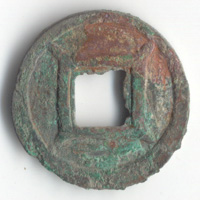 . 3,2 gr. 23 m.m. It was cast between 547 and 549 A.D. during the
T'ai Qing reign-title period. Ding refer to it as Tian Qing Feng Le, but if
one takes a look at Tai Huo Liu Zhu from this period, one will see that it
has tai written exactly this way. But of course the character on both coins could be tai. I never saw any documentation that could prove either way. 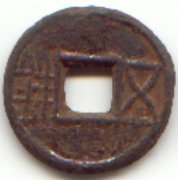 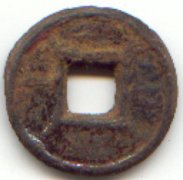 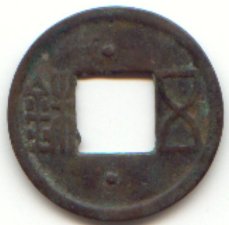 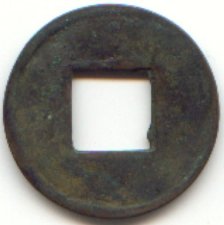 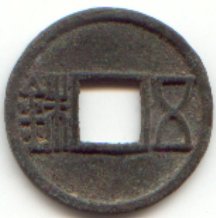 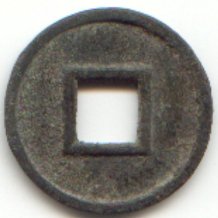 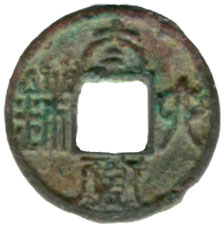 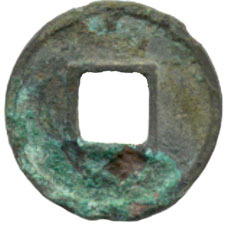 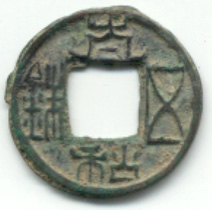 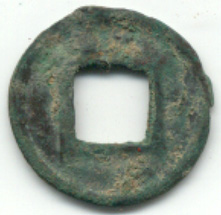 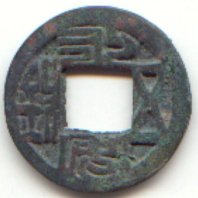 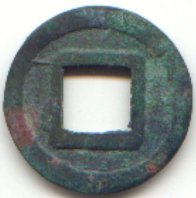 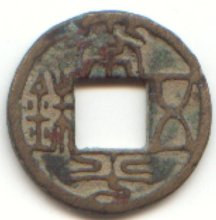 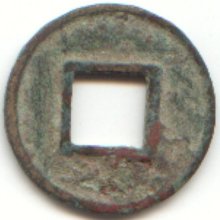 Schjöth 242. Chang Ping Wu Zhu.
Peng p. 229: Northern Qi minted the Chang Ping Five grainer in Tian Piaos 4. year (A.D.553). This coin was finely made, its size up to the standard, and so its value was relatively high. But official gifts were not kept within limits, taxes must have had to be increased, and so the histories say that even before the Chang Ping five grainer had been issued, private coining of it was flourishing, and within a year or two excesses were being committed. 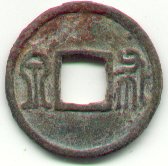 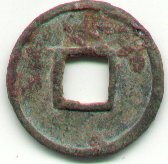 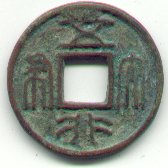 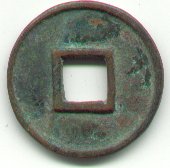 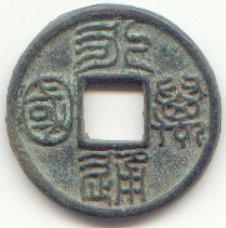 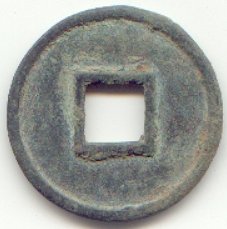