As can be expected in an occupied country, there were several rebellions by
the occupied Chinese. Some of the larger ones minted coins. Of course these
coins were cast over a short period and in a small area, and are quite rare today.

Xu Shouhui.
Minted the Tian Qi and the Tian Ding coins in 1358.

Zhu Yuanzhang (Later called Ming Tai Zu or Hong Wu) 1368-1398.
Minted the Da Zhong coins in 1361 and 1364.
He became the 1. emperor of the Ming Dynasty, but the Da Zhong coins
were issued while he was a rebel against the Yuan dynasty. 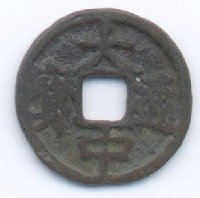 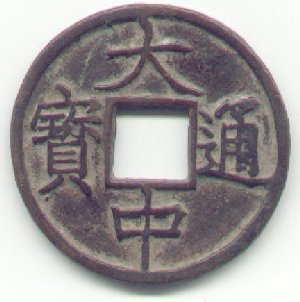 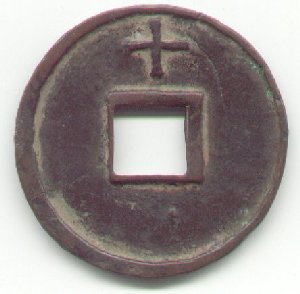